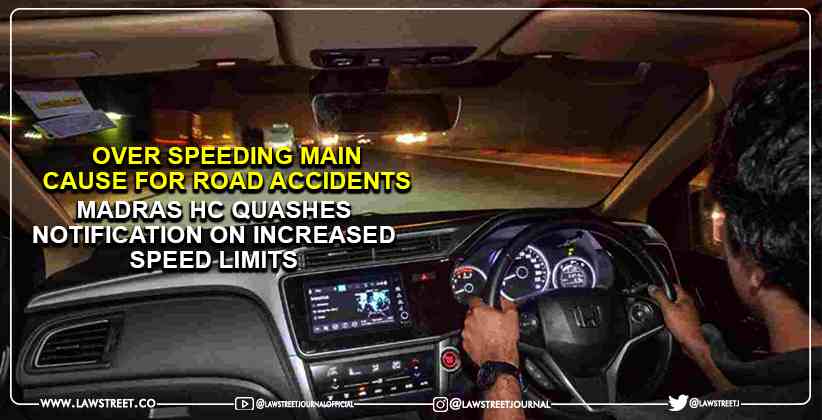 Observing that over-speeding was the leading cause of road accidents, the Madras High Court quashed a Central Government notification issued in 2018 that increased speed limits.

In an order issued on August 18,2021(uploaded later), a division bench of Justices N Kirubakaran (since retired) and V Thamilselvi directed the Central Government to revert to the 2014 notification, which prescribed lower speed limits.

"The speed limit is ordered to be reduced in accordance with the earlier notification dated 05.08.2014," the Court ruled.

Speed limit graph based on 2018 notification

Speed limits as of 2014 are depicted in a chart.